A downloadable game for Windows and macOS

Clodhoppers is a 1-8 player online and local single/multiplayer brawler designed around quick games and big laughs, a cross between Worms and Smash Bros. The artwork is created using clay models and stop motion animation to give a unique aesthetic. It's led by the creator of Platypus, Anthony Flack and is the spiritual successor to Cletus Clay

Clodhoppers love a bit of hand to hand, axe to foot or crate to head combat. All the good stuff they used to do with Grandpa when they were kids - good clean fun.

When the pressure is on, it’s great to have a good old fire-in-a-general-direction shotgun by your side. If accuracy is your thing, don’t rely on old fashioned Clodhopper tech, grab an Alien blaster and aim between the eyes.

A new pestilence has plagued the Clodhoppers’ farm land. Aliens messing with crops ‘n’ cows just won’t do, send them home or to oblivion and let's get back to fighting each other.

Clodhoppers is a game about friends, drop kicking friends, and smashing a crate on their head. It never gets old, I tell you, the times I’ve been knocked off a cliff… Ah, warm memories.

Clodhoppers love to train in the little-known martial art of ‘dirty scrapping’. While your friends are nursing their pride, sharpen your dropkicks and uppercuts in the score attack modes.

Clodhoppers is currently FREE  and we're doing all development in public with the help of our active and friendly community.  Join our Discord to play in our game sessions, meet other players, and share in our fully open development process.

Join us as we develop the game entirely in public, from white-boxing to the final game. You can help us with ideas, play builds as we make changes, or follow us as we explore the stop-motion and clay modelling process.  So get stuck in and see what this game is made of :)

To join the development discussion hop on over to our Discord Server, where you an also find Eufloria RPG and Neopolis development as well as some other lovely indie developers and gamers.

MacOS: The app is unsigned, therefore you need to allow it to be loaded from System Settings-Security and Privacy if you have a problem running it. 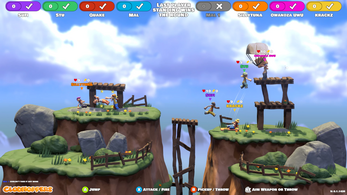 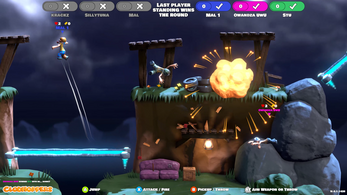 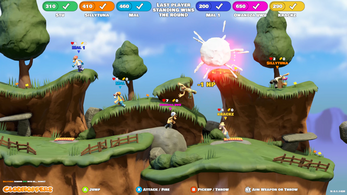 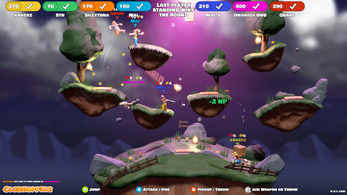 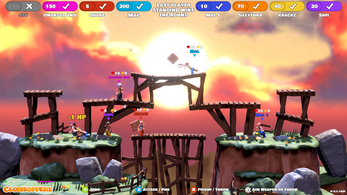 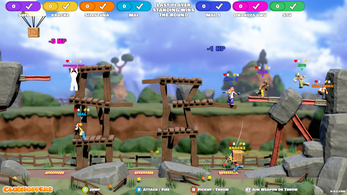 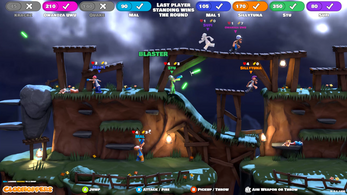